That’s the best way for me to describe my on-going interaction with LogicNow’s MAX RemoteManagement solution. I’ve been managing the LogicNow brand for Soft Solutions coming close to 7 years now and after a recent trip to Edinburgh, Scotland for the Global Distributors conference it’s apparent that LogicNow have barely scratched the surface of where they are looking to take their solution.

The conference went a little bit like this. Walter Scott, the main man leading the operation, the head honcho, the CEO, got up in front of the small but focused crowd and boldly proclaimed “MAX RemoteManagement is the world’s largest MSP platform today!” No, not the aging dinosaur Kaseya, not the fledgling Labtech, not the locally developed Naverisk, nor the often compared too N-Able but instead, MAX RemoteManagement – the once new player in the game has now taken the crown. In a game of thrones, MAX has just slayed the dragon. I think Walter expected gasps of shock, incoming cheers and for all of us to rise up in triumphant exaltation and shout Hurrah – but instead, there was silence…pin-drop silence. Why? Because it was of no surprise to anyone sitting in that room that it was bound to happen eventually. Now to some, that may sound pretty confident, arrogant almost, but let’s look at the facts;

Ok, so we’re getting off track, but you can see from the aforementioned that MAX has a history of success and growth. So to us, all of us Distributors around the world, learning that it was now holding the mantle as the leader – pin drop silence. No surprises there.

Anyway! Walter continues his presentation. He talks about the direction – new company acquisitions galore; iScanOnline a world leader in patching has been bought to implement its cutting edge methodologies. ‘MAC-MSP’ as another world leader, but this time in the remote monitoring of Apple Devices and ClientHearbeat, a rapidly growing force to be reckoned with in the survey and customer satisfaction space so MAX users can define their superior customer service to their clients. It’s all going on, it’s exciting, its fresh, its compelling.

We then hear about Big Data and Advanced Machine Learning. With MAX being the now global leader and largest provider, it’s got vast volumes of data it processes putting them in a very good position. You see, Data tells stories. Interesting stories that any MSP would want to hear. Add in complex machine learning algorithms and analysis and what you end up with is LogicCards. A term used to define all this detail encapsulated into small pop-cards that appear within your MAX dashboard alerting you to predicted problems with deployments, technician times, security flaws, vulnerabilities, agent inconsistencies and so much more. Apparently advanced cards like this are released every week. Wow. We’re told it’s the next step in evolution for predictive/prescriptive analytics and that no other RMM solution in the world today can do it, can offer it, or can even think about offering it given that they won’t have anywhere near the volume of information required for those recommendations to be accurate. Touché LogicNow.

Onwards and upwards. We then get into the nuts and bolts, the hard-core frontline. Apparently all the other RMM tools are talking a big game. We spend time critically analysing each feature they claim to be superior and counter it by talking about how we do it better. Feature after feature, pricing after pricing, contract after contract and model after model – we keep coming out better, more advanced, more flexible and surprisingly more aggressive in every way. One thing is clear, LogicNow is out to win contracts – no matter the cost. Literally!

Over the course of the two-day Distributor Conference, we’re told in each presentation a new way LogicNow is tackling the market, a creative way they are providing more features for their customers and a more advanced way they are continually improving the system to be better. They are always learning and growing. The best part is, they admit to their flaws. The even better part is, they now know how to improve them and have advised of huge resources being allocated to the places our partners have asked them to focus on. Now that got the triumphant shouts of exaltation.

It was snowing in Edinburgh. It was cold, windy and often rained. The city is draped in great historical beauty and the slippery cobble stone streets are surrounded by traditional bars, restaurants and quaint Scottish souvenir shops. It’s a beautiful city and was the perfect setting to get to know a vendor I’ve been managing for many years now, to get to know the people and to get to know the direction of the brand. There are lots of things planned in the short, mid and long-term future of the company. Its promising, encouraging and definitely brings a great sense of pride to say we distribute the world leading solution in Cloud Remote Management for MSP’s. Above all else, with the rate of ‘things to come’, I know I’ll always be learning, whilst the product will always be growing. Why not trying this for yourself? So you are always learning and growing too. 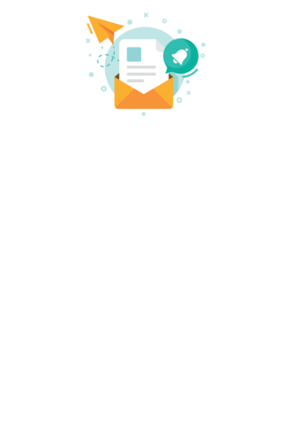 To sign up for a free trial, please pick the US or AUS Data Centre link below: